The White-Springfield House is a renovated historic landmark home, built in 1909-10 by architect Charles Page.

Dr. Montgomery Lewis White and Mary Belle Nelson hired Page to build the house; the design is described as Mission or Alamo style, featuring a distinctive clay-tile roof with dormers, as well as baroque detailing of the exterior cartouches. Other notable occupants were John Frank Springfield, the president and general manager of the Austin Street Railway Company/Austin Transit Company for many years, and his wife, Myrna.

Charles Page worked with his father, Charles Henry [C.H.] Page, a contractor on the Texas Capitol building and a member of the first Texas State Board of Examiners in architecture. The father and son – along with C.H.’s brother Louis – designed hundreds of state, municipal, school, and other public buildings throughout Texas and in many other states. They were selected to design the mosaic floor of the State Capitol rotunda, which illustrates the history of Texas under six flags. 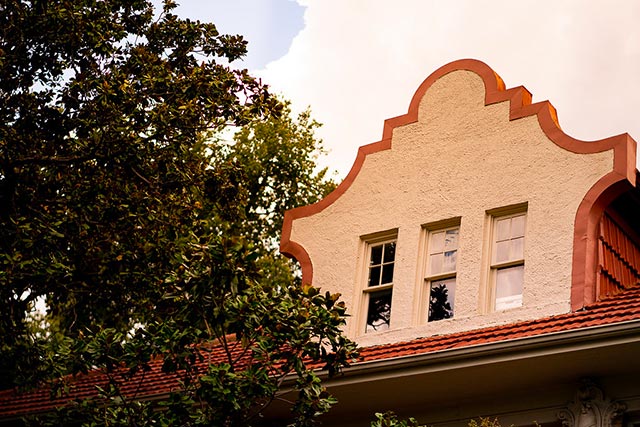 We’re dedicated to creating relationships with our clients while we roll up our sleeves and get the job done.